The Greatest Conspiracy Theory in the History of the World

Do you believe in Conspiracy Theories? 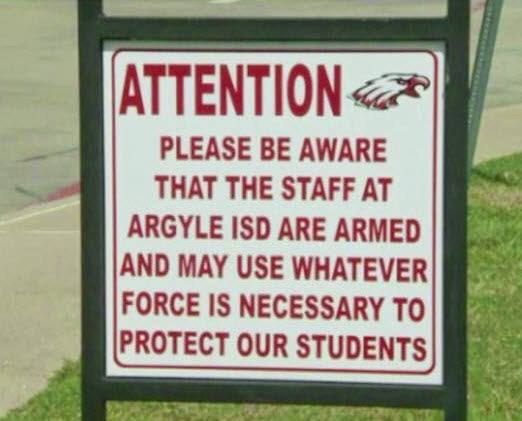 In some regards I do. The US Founding Fathers conspired to overthrow their government, for example. There are also several very powerful organizations in the world that conspire to manipulate natural events to achieve their political aims, such as using each case of a school shooting to try and disarm the greater populace by using dishonest tactics, like ignoring that if schools weren't gun-free zones in the first place (making them the safest place for a gun-crazed murderer to target), someone would might have been able to produce a gun of their own and stopped the shooter before he killed dozens of innocent people.These people are not about protecting people from violence, rather, they are about pushing through their political agenda no matter the costs. They're kinda scum for using innocent victims to promote an agenda that has nothing to do with actually protecting the victims they claim they're protecting. The agenda is what matters to them, not the dead people.

Some conspiracies are real, but mostly, if they are real, they are relatively out in the open rather than taking place in the Bohemian Grove over an open casket where members are encouraged to masturbate to images of goats passed down from the Freemasons since the time of Babylon. Yes, some conspiracy theories are simply downright bizarre and should be dismissed. The Lizard People living underneath the icecap in Antarctica, where they control all the events of the world, for example. Ridiculous. And while I do believe there is an elite that more or less conspires to make the world according to their version of perfect (for them) and that countries conspire secretly to bring about eachother's demise (ie. Capitalism versus Marxism), I so tire of hearing everything explained away by "The Illuminati" or Freemasonry. I suspect most people in the world feel the same way as I do, or else the Main Stream Media wouldn't, heh, conspire to demonize people who believe in conspiracy theories. Mostly, I have found over the years that real conspiracies can be argued in the realm of the plausible, often backed by real facts that are plainly observable, while crackpot conspiracy theories are, well, backed by crackpot facts.

But, do you know what is the biggest conspiracy theory in the world?

It's the one promoted by feminists, where men, in their wicked desires to keep women down, have conspired in unison since the beginning of time to deprive women of their rights, of equality, and even have covered up any achievments women might have made throughout history.

Think about it. Even today they are claiming it exists. That men conspire to keep women out of the workplace, and pay them far less money for the work they do - while paying the man working next to them over 30% more for doing the exact same job. (Why don't women start a mutual fund that buys such companies, fires all the men and hires only women for lesser wages, and put all the competition out of business then? They'd make money hand over fist. They don't because it's bullshit, that's why).

Women certainly might have had worse lives in the past than they do today, but so did men - and so did children. It is not indicitave of any "oppression" however. Even today, you can see that with a male's "privilege," they are the ones who work more hours, suffer more from disease (and receive less funding for it), they die significantly earlier due to stress or workplace hazards, and most of the absolute shittiest work on earth is still done almost solely by men - like being a moving target for the enemy. And if you look throughout history, it has ALWAYS been this way - just like throughout history, I can illustrate to you that adults have always had more burdens to bear than children. It's simply the way the world works. 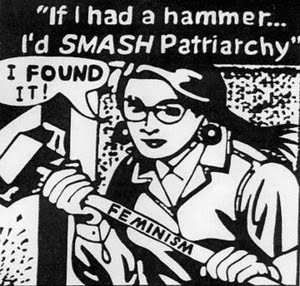 Why don't more people question this crazy conspiracy theory about women's supposed oppression? Especially men! What the hell guys? I've never been in a locker room where we all stood around conspiring how to screw women out of their wages or their rights or anything else. Have you? Really?

I sometimes find it hard to believe that humans really are smarter than animals.
Posted by . at 17:41

Email ThisBlogThis!Share to TwitterShare to FacebookShare to Pinterest
Labels: The Crimson Arts