What I Have Learned Managing My Own Portfolio 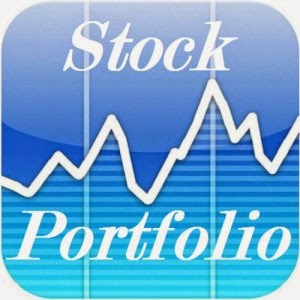 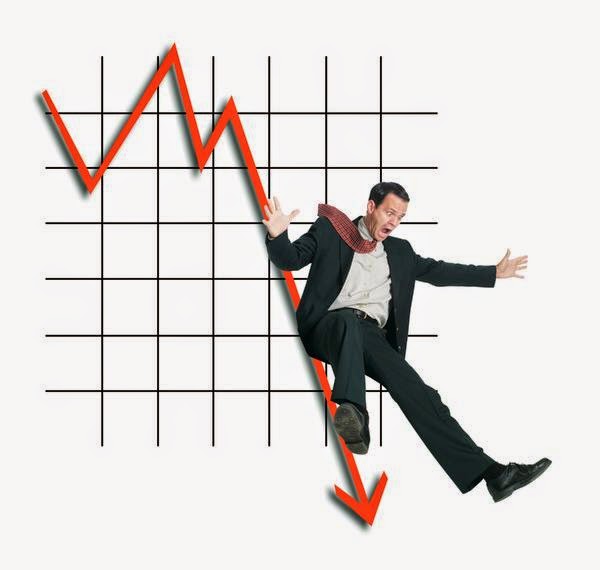 It has been about sixteen years since I started dipping my toes into the unforgiving waters of the stock market. I wanted to learn how it was done back then - and I really mean learn. I figured that I could go to school and take courses which might cost me tens of thousands of dollars in tuition & expenses, or I could simply take $5,000 and use it as a hands-on learning experience. I was fully prepared to lose all $5,000 in order to gain this experience because it would still be cheaper than any other way. Through the tech bubble of the late nineties to the new millennium, I doubled my money and then halved my money back to my original investment during the crash... then, I lost some more... then one of my companies got put under a trading halt as they were taken to court over patent laws for their new technology, and it stayed halted for two and a half years, freezing a portion of my portfolio. By the time it was available to trade again, my original $5,000 had been reduced to $1,200. Ugh. But I learned! 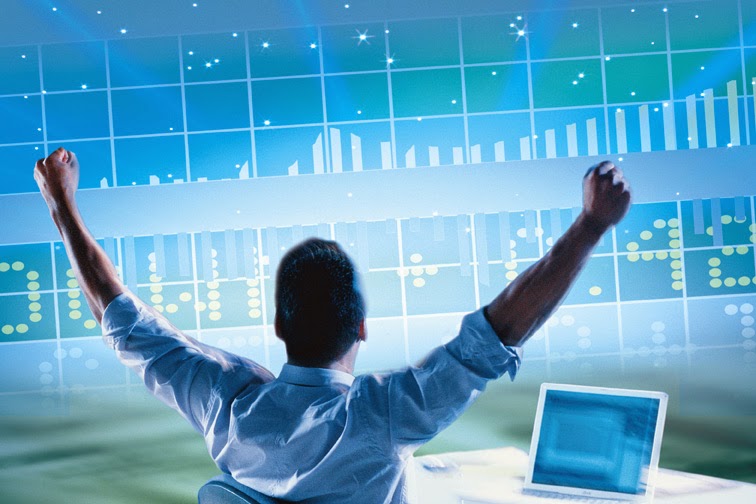 By the time 2004 came around, the economy was showing definite signs of improvement and I figured it was time to catch the "up-wave" of the next cycle, so I invested some more capital - more than the previous time - and tried to put what I had learned to use. I did much better this time around. In fact, for three years in a row, I had successfully chosen three of the best performing stocks to own in my diversified portfolio of several stocks. I bought into Google about a month after its IPO and held it for the next few years, always selling off a percentage of my position each time it rose by another $100, then investing it in another company and/or sector of the economy. I bought into commodities with some of the profits - two years in a row picking the best performing small to mid cap company on the TSX with my "mad-money" high risk portion of the portfolio - and I caught them well! The one I bought at $5.00 and sold at $17 a year later while the other I bought at $2.60 and sold for $22.50 the year after. Of the other companies I chose to buy into, they performed reasonably well - most went up a decent percentage and I managed the down-side effectively with a strict stop-loss strategy.

Even taking out my "big winners," the rest of portfolio had done reasonably well because of my stop-loss strategy. I would determine how much "swing" I would permit in a stock depending on its trading history and market cap., and would always sell "X% from the high" to maximize profits. For example, right at the moment, I am "trying" to sell out of Merck, which I have owned for years. I've made a good profit on it so I determined that each time it hits a new high, I will sell it when it drops 10% below that. So, for about a half a year now, I've been holding onto it waiting for the market to sell it for me... it still hasn't, and keeps hitting new highs every month or two. I'm glad I didn't sell it six months ago. This is a great strategy that works, and it made my whole portfolio perform well.

Suddenly I was into some bling! Some real cash! More than I've ever had in my life! I began to think... wow, I might be able to buy a small house without needing a mortgage, or I could probably leverage this capital into an opportunity to buy a decent business for myself and really change my life. Becoming a millionaire and retiring with a "Freedom 55" mindset after 15 or 20 years seemed a real possibility. 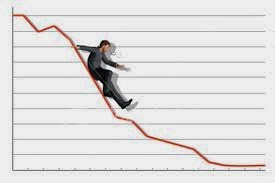 Of course, the credit crisis of '08/09 came and dashed my dreams upon the rocks. I let my emotions over-ride my stop-loss strategy during the "big down days." So many of my stocks blew past my stop-loss orders before the market even opened that I cancelled them before the bell, figuring the drops were over-dramatic and it would be prudent to stay calm. That was a mistake! One of my oil companies had its financing pulled when the Royal Bank of Scotland got into financial trouble, and what was worth $10,800 the one day, was $800 the next. Yikes! I watched over half of my portfolio, and dreams, swirl down the drain in a matter of weeks, although I did force myself to sell into the losses with some of my companies in order to raise cash. 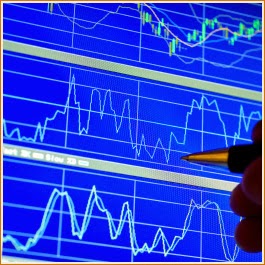 I'm glad I stuck to my discipline of at least raising some cash, because I made out like a bandit from the crash this time, unlike back in 99/00/01. After I watched my oil company's disaster because of financing, I started looking at companies which I thought would be able to survive without the need of excessive financing. The one sector I looked hard at was gold mining companies, figuring that at the very least a company that creates its own money (gold) as its product, is better protected than any other - I mean, they can pay for their expenses with their product directly. I'd work at a mining company if they paid me in gold ounces instead of bank notes, wouldn't you? Couple this feature with the fact that the government had opened the spigots on money creation, and I decided that until this was over I was only going to buy gold companies. 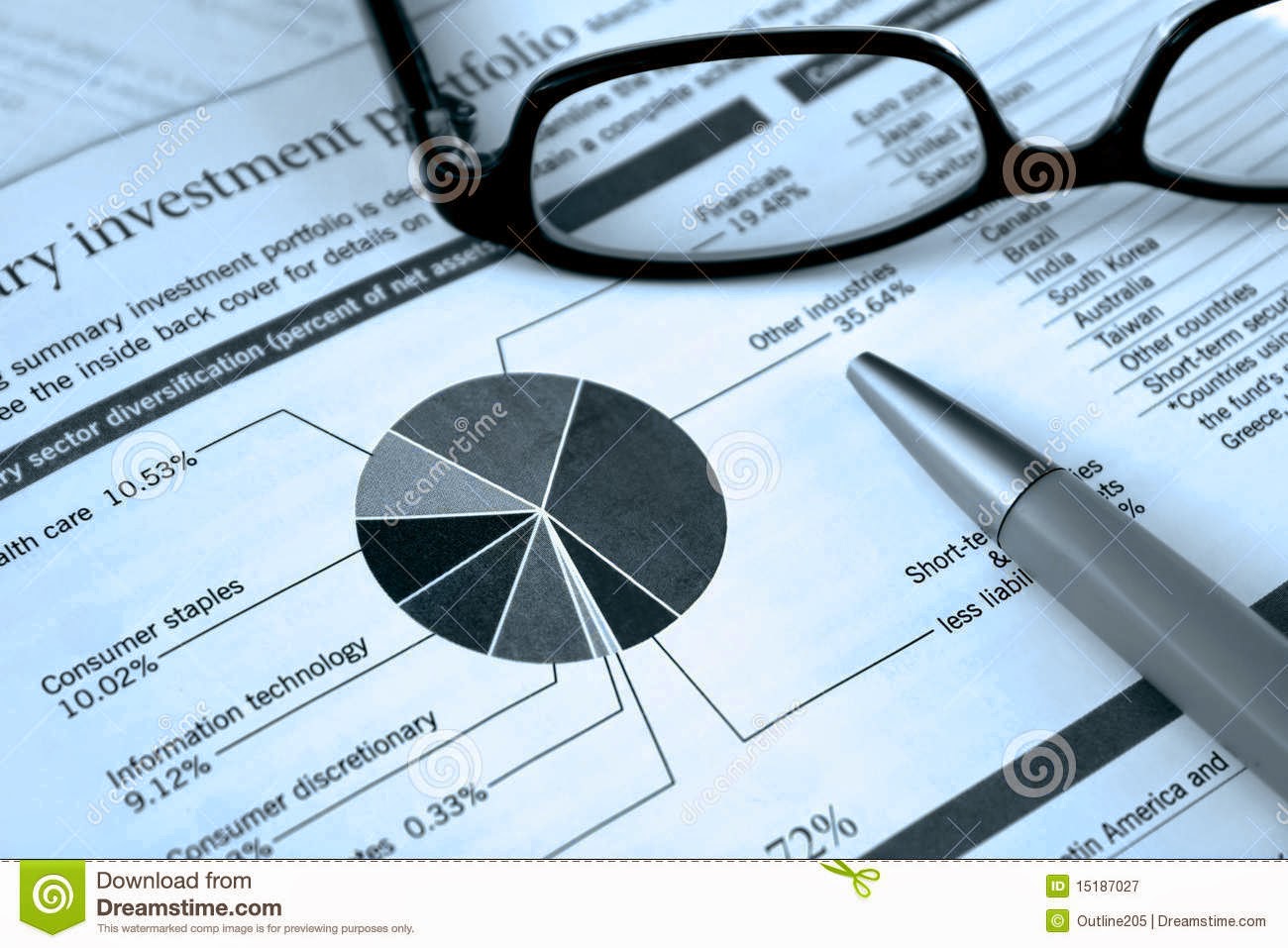 Eventually I ended up with over half of my portfolio in various sized gold companies. It was risky to be so over-weighted in one sector, but it worked out beautifully. In fact, it led to the best investment I have ever made in my life. I had had my eye on one very small-cap company here BC for some time before the crash already - and had determined that if I seen it drop to $0.60, I would start to buy into it. Well, after the crash it was trading at $0.12. I knew they had secured private financing from a larger company in exchange for a percentage of their company, and when they announced that the $40,000,000 of capital they had secured to start building phase one of the actual mine would be held until the financial crisis was over - delaying their plans - I called up the fellows in Investor Relations and sure enough, they had only $1,000,000/yr in expenses with $40,000,000 in secured capital - meaning they could last for forty years before going broke, and had over a billion dollars of gold in the ground. I bought 25,000 shares at $0.12 and later, another 5,000 shares at $0.23. By December 2009, during take-over speculation, the stock shot up to $1.80... I sold at $1.54, giving me over $45,000 from a $4,150 investment in under a year. Now that was some "mad-money" that paid off! In fact, all of the gold companies I had purchased did well, and I came out of the crash with even more money than I had before it began. 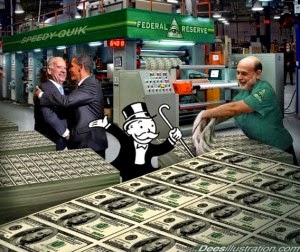 I stuck with my heavy weighting in gold as I watched the Federal Reserve print money like toilet paper - I am one of those who believe there never has been an economic "recovery." What we have had going on is MOPE (Management of Perspective Economics). As I've said before, the unemployment figures a jigged to make it appear the economy is improving, while as soon as you check under the hood you can see all they have done is re-arranged the chairs on the Titanic. They report that inflation is under control, but what they have done is changed the definition of the price of beef from "8oz t-bone steak" to "8oz hamburger." See, no inflation here - beef is still the same price. Sneaky, but it doesn't change the fact that while they report around 2% inflation today, if we measured inflation by the same standards as we did in 1980, we would be running at around 12% inflation - which would and should be cause for great alarm. And it is! They are reporting a rise in housing demand, but not reporting that the rise is caused by corporate purchases to rent to the people who once owned those homes, but no longer are homeowners. That isn't the middle class rising, it's the middle class sinking into poverty. We could go on and on with examples, but eventually it all comes back to managing people's perspective of the economy, hoping that if the general population feels the economy is okay, they will go back to recklessly borrowing money which will fuel the economy to prosperity. This is something that, even if successful in the short term, cannot be sustainable in the long term. If you personally have negative cash-flow, getting the limit on your credit card raised doesn't really help you aside from getting you through a few more months before the inevitable wall imposes reality on you. It is no different in the larger economy. 2 x 2 = 4 is just as accurate as 2 Billion x 2 Billion = 4 Billion. Larger numbers don't magically change the fundamentals of math, like the government and its "spend to prosperity" proponents claim.
. 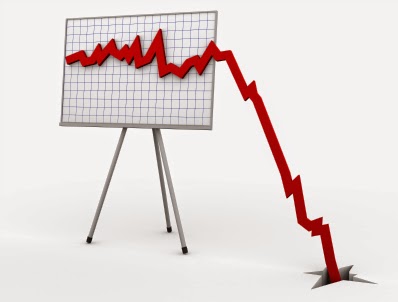 But we all know what happened to gold over the past few years - especially the miners, don't we?

Famous investor Jim Rogers has said that his biggest trading mistake ever was shorting the market in 1998. The call was 100% right but the timing was 100% wrong. He got both eyes blackened and his nose broken "being right."

Well, I don't short - ever - because the downside risk is unlimited and not only can wipe out your capital, but also leave you with debt afterwards. Too risky for me! My only "shorting" is raising cash to step out of the market. It would suck to lose all of my capital, but to be beyond bankrupt is just unacceptable. No shorting, no margins, no leveraging - just straight investing, thank you ma'am. 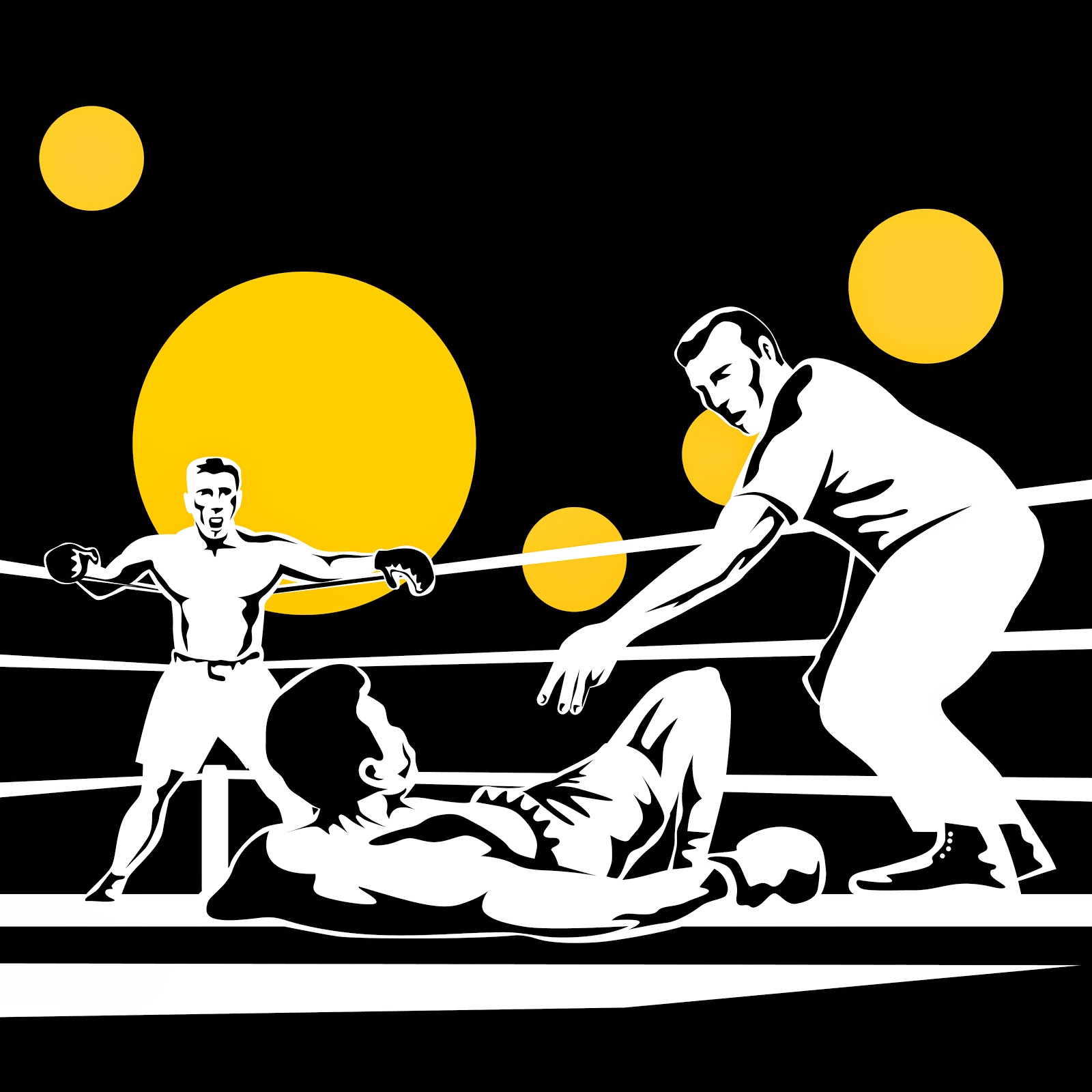 When the gold mining sector collapsed last year in April, I again got too emotional - figuring "my call" was the correct one... it may still be, but in the meantime, my face is pressed into boxing ring's floor and the ref is starting his count. We'll see if I get up before he gets to ten.

I shouldn't have fought the Fed. I feel like the song, "I fought the law, and the law won." If you would have told me five years ago that the Fed & the Government would have been able to create such a fantasy economy with ZIRP and reckless money creation, I wouldn't have believed you. If you would have told me the stock market would absorb all of the inflation rather than gold... I wouldn't have believed it either. I still don't believe it... but at least for right now, the numbers don't lie. I made a horrible mistake fighting the Fed.

Even though I'm going to continue to hold my gold, because it's too late to sell now, I still have to tip my hat to the Fed - a dirty but effective opponent indeed.