What Are You Working For?

I usually keep a close eye on the stock markets and do research on various companies in the mornings - often starting a couple hours before they open, meaning I'm usually up at around 4:00am. Today was the same routine. But here I found myself, mid-morning, thinking "what are you investing for?" I don't mean it in the sense of why I do it, but I mean - are you investing for a home-run that creates capital and opportunity, or are you investing for a retirement plan? I think there's a big difference.

The conventional wisdom of "the path of life" has been to save a portion of your savings until you have enough for a down-payment on a house, then continue to put a portion of your income thereafter into a retirement plan, compounding an annual return of 8%-9%, until sometime around 55-65 your house will be paid off and you'll have a million or so in investments, generating you $80-90,000/yr in income. Sounds pretty good. No bills and $7,000/month rolling in would work for me!

Except it's not working out that way. My parents, for example, did everything that way. Don't get me wrong - they lived quite well during their lives and retired as "millionaires" - if you added up all of their assets and investments, they "made it" according to the retirement standards of the day. Today, more than a decade later, you can see how little millionaires are able to get for their investments: 2% on a "safe" term deposit gives the millionaire $20,000/yr a year to live on, which is a far cry from the "safe" 6%-8% term deposits of only a decade or two ago. Things changed badly for these kinds of people - now they are being forced to chase the "safe" 3% Dividend Yields from Blue Chip Stocks in the market, hoping that this far riskier investment appreciates in order to make up the shortfall they are still experiencing - despite the higher rate of return. "Living as a millionaire" to these people has become "living as the lower middle class." Luckily, they have their homes paid for - but being a millionaire is nothing today so long as interest rates remain in "ZIRP." Japan tried to fix their problems this way and has had two straight decades of ZIRP, and there's still no end in sight. A million might not mean anything for a long, long time to come, even though it'll become harder to get - Unless, that is, runaway inflation makes us all to be wearing $2,000 suits and driving $100,000 cars - but then having a million in the bank will mean even less than it does today, because it'll probably cost $20,000/month to live in a trailer park and dine on Kraft Dinner - it'll be a million dollar trailer though, and you'll feel great hob-knobbing with all your likewise millionaire neighbours. (It's happened before - "Set for life" lottery tickets offered around $150,000-$200,000 prizes in the early 70's, but became the standard "set-for-life" $1,000,000 a decade later in the 80's - now it's $5,000,000).

Not only that, there are serious structural problems in "the system" that simply cannot be ignored by anyone investing "long-term." If you have 20 or 30 years to go until 65, and you are dutifully following "the plan" you've been told your whole life - you have to ask yourself a couple of questions:

What is going to happen over the next decades as the Baby Boomers retire? They make up around 1/4 of the population, with the generations behind them being far smaller in size - particularly Gen-X. The generations behind Gen-X are still struggling to buy over-inflated homes while paying off mountains of student loan debt... and they're getting jobs as waitresses and general labourers. How on earth are the Baby Boomers going to wring out all the benefits of their pensions and socialized healthcare expenses from these generations that are all up against the ropes already? The only people who have the ability to fund the social programs the Boomers think they're due, are the Boomers themselves! Certainly no economy can survive if it allows the smaller, but still productive members of society, to suffer taxation rates of 70%-80% so that the most wealthy but also most unproductive members of society (ie. the retired) can get even more free stuff. I'm not making a judgement call on who's right or who's wrong - I'm just saying that it mathematically does not work! It's a sure-fired, mathematically provable path to economic destruction. There really is no argument at all - just fact.

Think about this: The most expensive people in the health-care system are those just before death. You might go your entire life without ever costing any healthcare expenses to the tax payer - but in the last few months of your life, after a heart-attack at 75, or cancer at 80, most people spend quite a bit of time in the hospital and run up expenses of $150-$250,000 before they finally pass away. At the Boomers being 25% of the population, that means that for each-time a Boomer dies, three other citizens will incur perhaps $70,000 in debt. A family of four, in other words, gets stuck with a $280,000 bill just because a Baby Boomer dies... that's a second house! We haven't even talked about that $75,000 hip-replacement surgery the guy had five years ago when he fell, nor the cost of his last 10 years of government pensions, which added another $220,000 to the tab of the family of four who's paying the bills, bringing them to a cool half-million in debt. 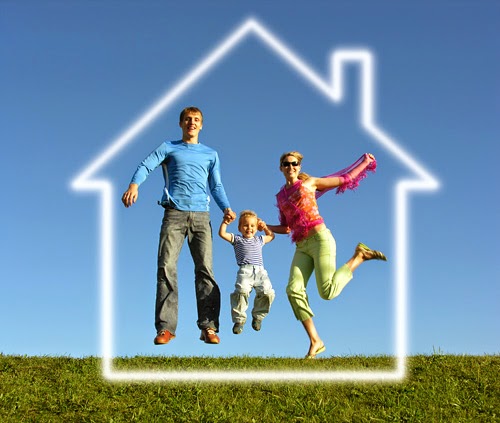 Further, since the younger generations, aside from a portion of the much smaller Gen-X, are struggling to become owners of even the tiny condos which are unsuitable to raise families in, who are the Boomers going to unload all of their big four bedroom homes to, which accounts for over 50% of their net worth? If the prices don't fall to a level the younger generations can afford, they'll have to be selling them to the Martians. I have a strong suspicion that over the next twenty years we'll see generally declining house prices. It's simple supply and demand. As the Boomers slowly pass into the grave over the next decades, the population will be declining - at least the people capable of being home-owners will be declining. It is inevitable. So, what worked for the many, many decades now - buying a home as your main financial asset because "real estate always goes up," may very well be completely false for the next couple of decades. Not only do we have the "generation hump" to overcome, but we are currently only having 1.6 babies per couple - or negative birth rates. In the 1970's we were having 3.9 babies per couple - positive birthrates, which we've had throughout our entire history up until the 1990's. Real Estate always went up 3%-5%/yr because the population was always growing by 3%-5% a year - it's just supply and demand. With us now starting to experience negative birthrates - which will echo as far into the future as the Boomer dilemma, since even if we reversed the population decline tomorrow, babies take 20 years to grow into productive citizens - it just seems more and more to me that the "supply and demand" of real-estate might make the dream of owning your own home something people will come to regret... and then avoid. (I don't think the same about real-estate that can be productive like agricultural land, however. I'm just talking house & condo real estate).
.
The conventional path to wealth creation and retirement is totally hooped. It ain't gonna work for anyone. I am abandoning it.

So, before I get too far off topic, I'm going to bring it back to my original question: "What are you investing for? To create capital or for retirement?"

The answer to this lies in what I believe should be a new question altogether: "What are you working for?" 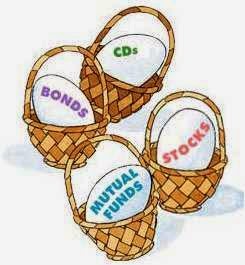 One of the themes I want to to go after with my "business plan" is diversifying into several different income streams. I believe this is going to be the best way to deal with what inevitably must come within next decades. I don't know if it will be this year, or five years from now - heck, I didn't think they'd be able fib their way out of the Credit Crisis with ZIRP and massive debt creation - but that has only exacerbated the problem, and the price is being paid by screwing the Boomers out of the very interest rates that could have saved them - making them far more prone to be relying on those social services the rest of us can't pay for. Something is going to give, and we're going to have some sort of reset - deflation, hyperinflation - who knows? But it's going to be serious and completely wipe out a lot of people's life savings. This is why I think diversifying into several small income streams will be the best to weather what is to come. If some of the businesses dry-up, you still have others to rely on. It's the same thing as diversifying your investment portfolio - don't put all your eggs in one basket, or don't over-invest in the gold mining market, or something like that.
. 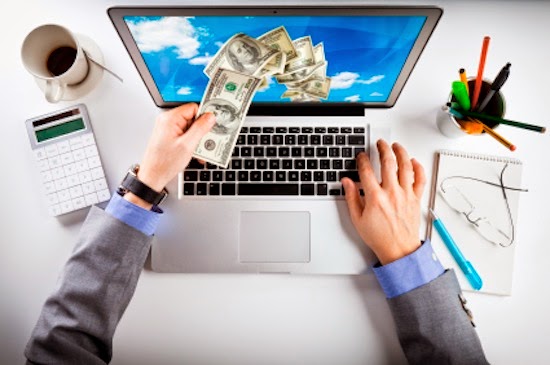 Further, once a person gets going a little bit, he might be able to create some nice "retirement income." A series of websites earning $500/month doesn't magically stop producing money when you turn 65, but just keeps on going as long as it is maintained. The purpose of creating a retirement portfolio has always been about using the capital to generate a "safe rate of return" which you use as income to live on. Well... a website that earns $500/month gives you the same annual return as $200,000 in a term deposit paying 3%, doesn't it? That's a pretty valuable website when looked at that way, isn't it? Further, the website will likely do much better for you in a high inflation scenario, because the price/products on your website will simply inflate upwards along with the general economy. If inflation makes everything three times more expensive, then your site will likely now be generating around $1,500/month, while your $200,000 term deposit is still worth the same, and paying only $500/month.

In these cases, I look at investing not so much as trying to make me "set for life," but more to provide capital that can enable me to become "set for life" through other, varied means. I wouldn't mind owning some real estate, but I think I would much rather have a garage apartment on a small piece of land where I could work, garden, and maybe keep some goats and chickens. Don't get me wrong - I'm no diehard prepper, and while I think we are going to be facing some tough economic times that will alter our sense of reality, I also think life will go on. I just want to set myself up so that I can still transfer into a "semi-retired lifestyle" that is suitable for me as life does go on.

I want to create capital, certainly - but I want to use that capital to try and build a sound, diversified way of creating an income for myself, along with being able to confidently sail the troubled waters which are assuredly ahead.
Posted by . at 13:41