Can You Make Money Keeping Bees? 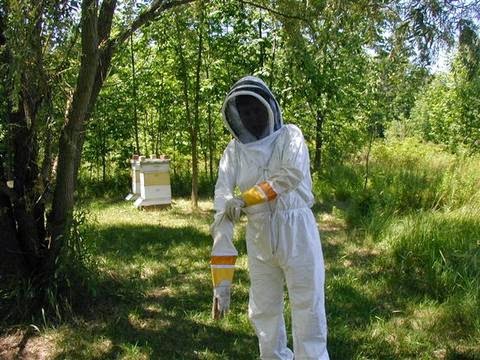 Back when I was getting some "continuing education" as an adult, I worked for about a summer and a half as a beekeeper - the second year was cut short when I got hired in my desired industry, a deal I made with my boss before starting the season, so, no hard feelings occurred. I needed the work, but at first was a little leery about working with bees. I'm glad I did it anyways because it turned out to be one of the most fascinating and satisfying jobs I've ever done. I learned a lot keeping bees. I really got into "the season" and watching our work come to fruition and I was really proud when we pulled in our harvest. My boss used to rib me once in a while that he could envision me being the kind of guy that keeps bees on his property one day. I can envision it too. 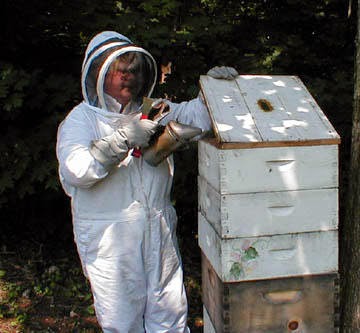 Beekeeping isn't really all that hard - the bees do all the work. We kept over 1,500 hives between the two of us, plus we hired a school-kid for a couple months to help with the harvest. Each "bee-yard" consisted of 48 hives, and was usually tucked away in the corner of some farmer's property. It really doesn't require much space to keep a full bee-yard and since it does so much good for a farmer's land to have bees, most will let you set up a yard at no charge, except for all the free honey they can use. Further, once you get a beehive going the best thing you can do is leave it alone - don't come and disrupt them by opening up the hive to "check" once a week, because it'll disturb them for a few days afterwards. Usually, you show up around once a month, do your work to the hive, then close it up and leave it alone for another month. All in all, the amount of labour involved hour-wise is very minimal per hive, which is why it is possible for two people to keep 1,500 of them. 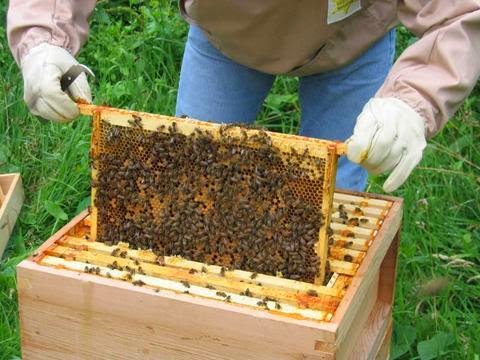 Over the two summers, I kinda picked my boss's brains about the financial aspect of keeping bees, and here are the figures as I remember them - keep in mind this was a decade ago.

- It cost him approximately $250-$300 to set up a beehive, including pallets which hold four hives, the boxes, the frames, and the bees themselves.

- It cost him approximately $70-$80/yr to maintain each hive - this included a new queen every two years which maintains a healthy & calm hive (if the queen is cranky, so is the hive), feeding them sugar water in the winter, replacing hives that had died out, and paying for various pest/disease control measures. 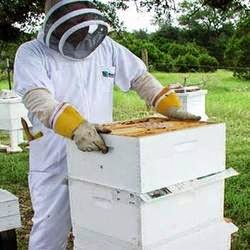 - We estimated that we were getting around 70lbs of honey from each hive, and at the time, honey was worth $2/lb wholesale and $4-$6/lb retail. My boss also got paid $150/hive to move them around to pollinate farmer's fields, but he was considering getting out of pollinating because the price of honey was going up and moving the hives shocks them and greatly reduces honey production. If he wouldn't move them, he figured he could probably double his honey production, plus get much higher quality honey. (Honey made from clover is much, much higher in quality than honey made from canola plants). 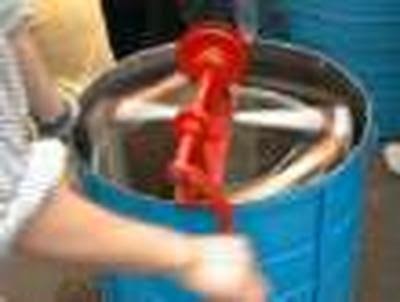 - It takes at least four hives to maintain a good population. If, for example, one hive dies over the winter, you can simply restart a new one by making "splits," where you shake some bees out of a good hive into an empty one and then add in a new queen. After a spray of deodorizer to remove the pheromones from the old queen, the bees will take to the new queen and presto, you've made up for your dead hive for only the $20 or so it costs for a new queen.
. 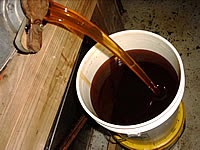 What I kind of took out of the figures was that if I bought something like 12 hives, it would cost me around $3,000-$4,000 to set up - with probably another thousand or so for a small-scale hand extractor, a bee suit, smokers and other various equipment. If each hive produced the 70lbs we were averaging, at retail it would have kicked back around $350 in revenue per hive... minus the $75/yr in maintenance, leaving $275/hive in profit. Of course, in order to get that profit you might have to sell honey at a farmer's market, or perhaps find a health-food store that would be willing to work a deal with you to sell it on their shelves... but, I can see the path to profit, especially if you stay "small scale." Keeping 12 hives would probably give back a revenue of around $3,000/yr. 24 hives might kick back $6,000/yr, and a "full beeyard" of 48 hives could generate $12,000/yr in income. I would guestimate that a beeyard wouldn't need more than an average of 5 or 6 hours of work each month to maintain it. Therefore... as far as effort goes, beekeeping has the potential to be very high return - I mean, $12,000 for 60hrs of actual work is pretty damn good pay! (Of course, I haven't included the labour it would take to sell it). 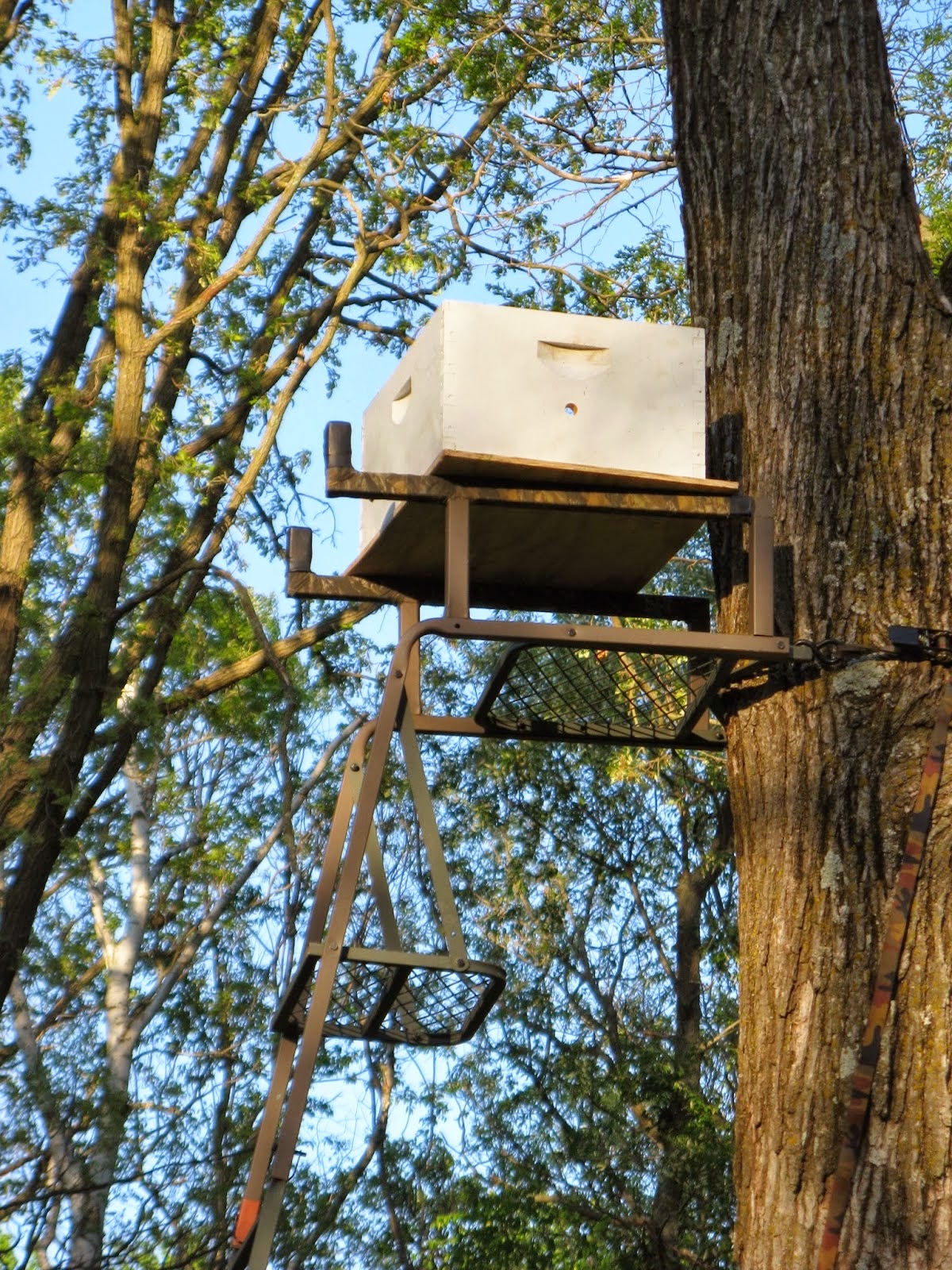 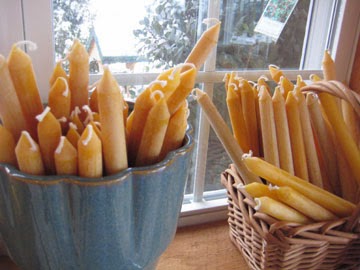 Not only that, but once you get going you can expand into other areas - a beehive removal from someone's house/property fetched my boss about $200 per call, and all he really did was come with some boxes and a queen and, after killing off the old queen, simply lured them into the box over a few days, then carted it away... giving him a new beehive which would have cost him around $100 or so if he had to buy a new package of bees. That's pretty good pay for what might take only a couple of hours of work broken over a few days. Also, there are beeswax candles which can be made for Christmas and various tinctures and other health-related products which can be extracted and sold from the hive. Not only can bee-keeping be profitable if done right, but giving out a jar of fresh honey as a gift is an excellent way to "grease the wheels" and generate goodwill from people - at a very low cost to yourself. They'll remember you every time they take it out of the cupboard over the next few months.

Beekeeping is not something I'm going to chase after right away, but if I could find a way to try it at some time in the future, I might give it a whirl with 8 hives or so and see if it's a market I can break into. 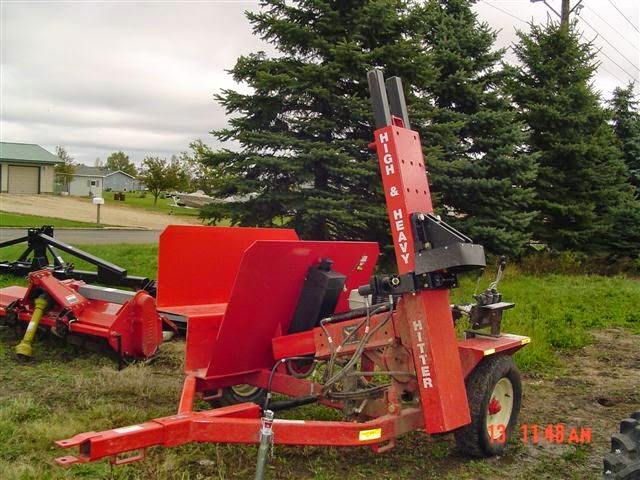 I can see a lot of these little things that a person could do - none of them really would add up to enough to support yourself over the year, but the pay you could generate for yourself per hour is quite high in some cases. If a person could get five or six little business ventures like this on the go, you might be able to carve out a nice little living for yourself, and have a pretty neat, varied work year that's interesting to do. Plus, if you've got a few different irons in the fire, you can start to custom tailor yourself to what works for the best pay or the best lifestyle. One guy that I did some temporary work for used to be a farmer... until he bought a post-pounder at an auction for $11,000, intending to fence his own property. Well, after he was done, somebody asked to hire him to pound posts on another farm. Over the next couple of summers, he starting getting more and more work for pounding posts and he got better and better at fencing... soon, he was merely a hobby farmer and became a full-time fencer with three guys working for him. He said after he had landed a few big contracts and bought a second post-pounder, he was making over $200,000/yr in six months doing the fencing. It wasn't cost-effective for him to be anything but a hobby farmer anymore. 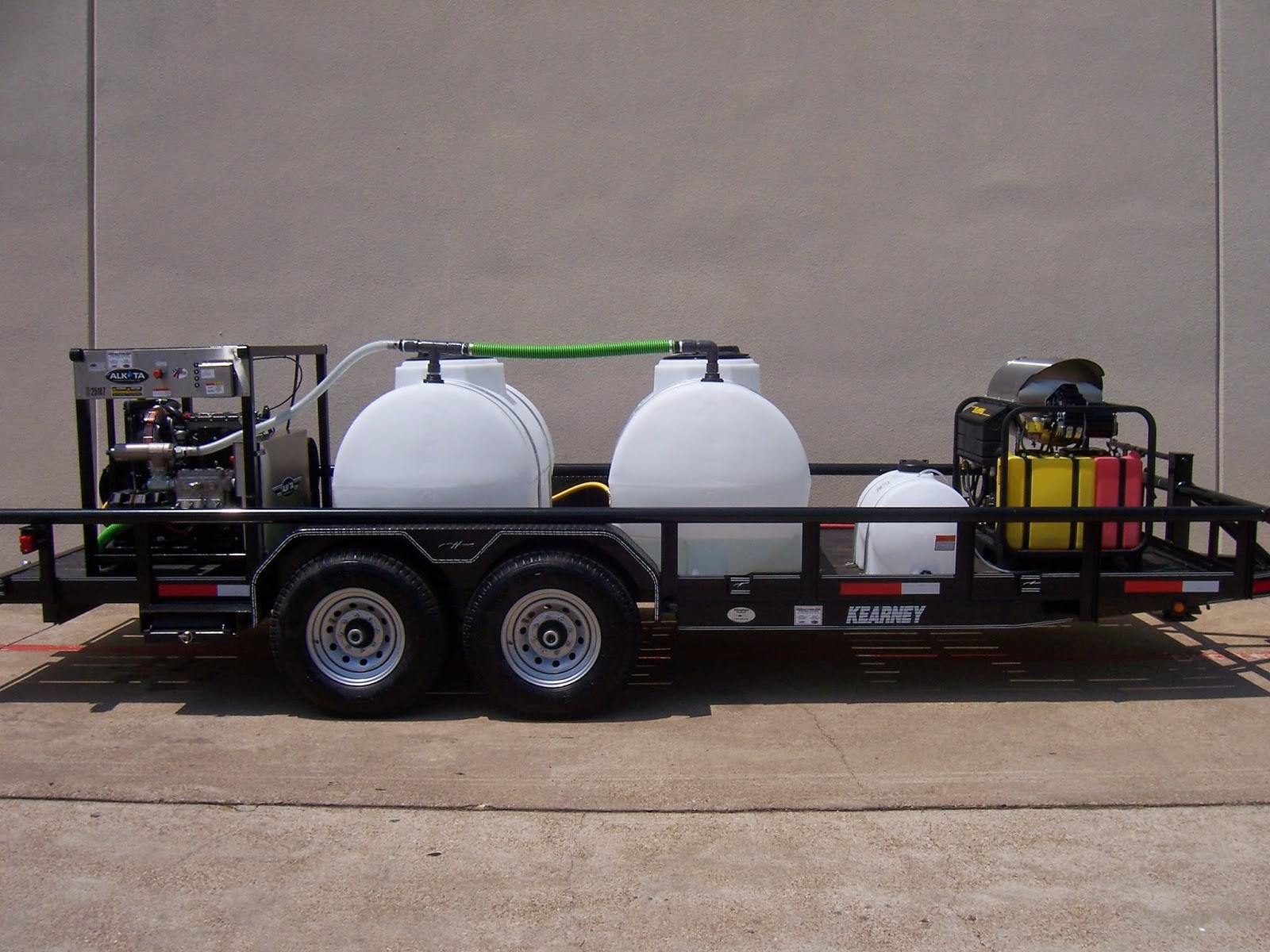 What I really see is the potential for lots of small businesses to be interconnected. A small pressure-washer business can not only help you do a good detailing job on the cars or other equipment you might buy and sell for profit, but it can also dovetail nicely into a house-painting business where you can use it to remove loose, flaky paint before you start scraping. Then, if you can expand your pressure-washing business to where you can justify buying some bigger equipment, you can also check into trying to make natural sea-salt because now you'll have a large water tank with which you can haul seawater with. 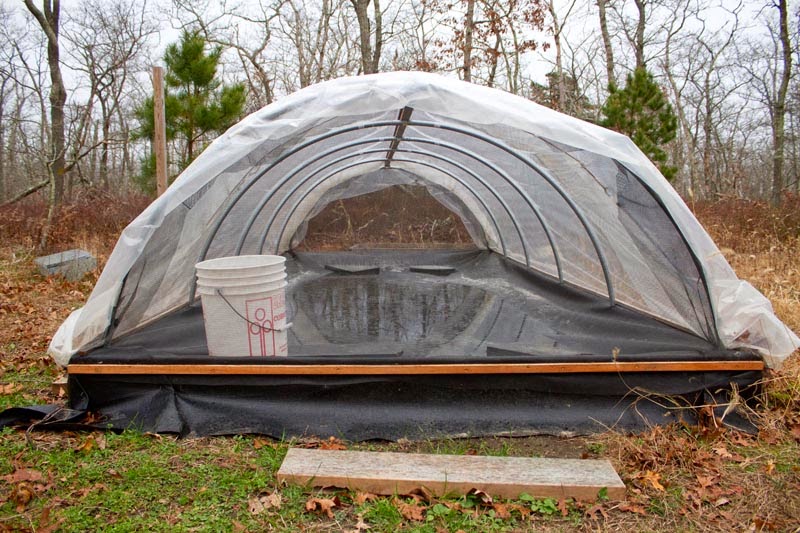 Heh, I've read about people who've started profitable small businesses this way. It's another thing like beekeeping - the per hour return for actual labour is quite high but it takes time to extract your profit. A few half-day trips to the ocean every couple of months to get some water is not really too big of a deal - tell the missus to pack a picnic. Then you spread everything out in these sort of sifting trays, and let the sun do all the work until awhile later, "Presto!", you've got natural and healthy sea-salt.

Put it in a nice bag and sell it at the farmer's market next to your jars of honey. The potential is there to make pretty good money at it - but I'd never stake an entire career and a large amount of capital on it, unless I started small and directly seen the potential to expand. But I can kind of see a path towards putting together a "multi-business" where one dovetails into the other in this way, while I'm passing out business cards and reminding everyone that I sell firewood in the fall... and can get rid of that pesky beehive behind their garage.
Posted by . at 08:09