I seen this bed over at Living in a Shoebox and thought I'd post it here, since I really like this kind of idea.  The producer is called Canadian CabinetBed Inc.
. 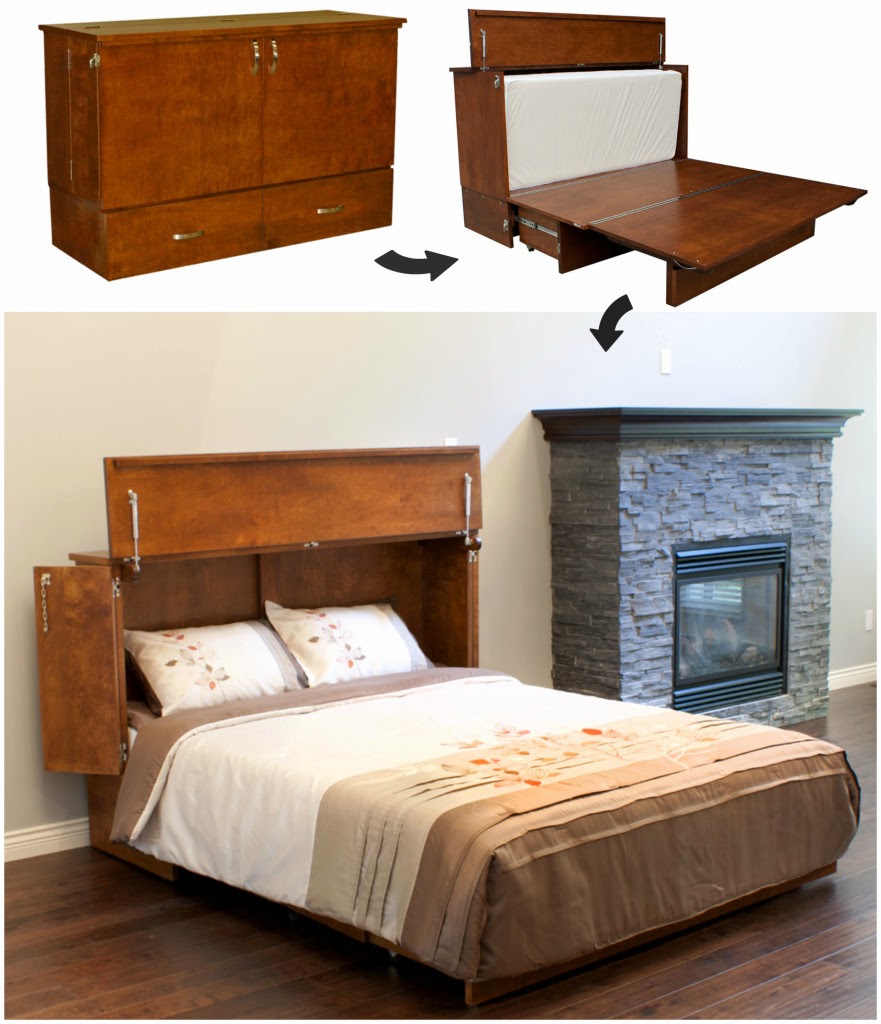 .
I think this is an excellent use of space. Although I currently live in a one bedroom apartment, I certainly wouldn't mind having a two bedroom place again - especially if it were to be a cottage or something else small that I owned on a piece of land.

The last time I had a spare bedroom, I had an actual bed in there and found it to be a complete waste, considering how few times a year someone actually used it. However, for those few times you do need it, having that second bedroom instead of a couch for your guests is invaluable. Hence, furnishing your guestroom with a bed such as this would allow for the room to see regular use as an office or a home gym (or both), while still being able to convert it into a guest room with minimal inconvenience.

Here in North America, I think we've gotten rather wasteful in our housing ideas over the past decades. Nobody could imagine rasing a family of eight in a 900sf three bedroom house anymore, yet this was once the norm, not the exception, in the fairly recent past.

The first time I was struck by the notion of living small but functionally was when I went on a student exchange to Amsterdam for a half-year back in the 1990's. Everything is small in Holland, given that they have one of the highest population densities on the planet - but it certainly doesn't get in the way of the Dutch living a highly functional life in their space-challenged homes. It also lends to the characteristic of the Dutch being very tidy and organized - a couple of socks left on the floor and a few dishes strewn around in a small space and things look instantly messy, so small-space living lends to a bit of routine cleaning and organization in order to make it both functional and presentable.
Posted by . at 10:45